Lately there has been a lot of talk going around in the blog world about tithing. Are Old Testament laws and practices binding upon New Testament believers? Should we give 10% of our income to our local church budget (Malachi 3 "storehouse giving"), or are followers of Christ free to give as the Lord leads?

As much as I would like to engage with these questions, my purpose here is NOT to express my own convictions about tithing. Rather, I would like to share some things observed and learned over the years about Kingdom finances.

All the endless discussion about tithing, giving, money, budgets, financial crisis in our institutions, churches, and organizations seems to not take into account that Kingdom math is not the same as Earthly mathematics. I do not mean to over-spiritualize, or place myself in any way above the concerns we all have about financial matters. But the truth is, very few of us have ever understood how finances really work in the Kingdom.

For a long time now, I have observed that amounts of our income given to the Lord--whether 1%-5%-10%-25%-90%--are irrelevant in regards to Kingdom economics. In Kingdom dollars, $10 can buy $1000 worth of goods. It is not the amount that we have on hand that counts; but whether or not the need is truly in the interests of the King. We confuse our own wants and desires, and think them one and the same with those of our King.

And He sat down opposite the treasury, and began observing how the multitude were putting money into the treasury; and many rich people were putting in large sums. And a poor widow came and put in two small copper coins, which amount to a cent. And calling His disciples to Him, He said to them, "Truly I say to you, this poor widow put in more than all the contributors to the treasury; for they all put in out of their surplus, but she, out of her poverty, put in all she owned, all she had to live on." (Mar 12:41-44)

Jesus declares that the two copper coins (1-cent) given by the widow were MORE than all the contributors to the treasury. More? How can 1-cent be more than all the rest gave? It doesn't make sense.

Unless, of course, the King anoints and blesses that 1-cent!

When Jesus blessed the five loaves and two fish, they were more than enough to feed five thousand men. Money in true Kingdom ministry works in the same way. It has nothing to do with the amount of money we have; and everything to do with God assigning value to our "copper coins". This just isn't theory, it is as real today as in Jesus miracles of multiplying the loaves and fish.

--In the past three months we have invested less than $500 in Kingdom related efforts. In return we have received back thousands of dollars in goods and services. Explaining the intricate details would take up more ink than most would care to read about (TMI!) Suffice it to say, the "copper coins" we had in hand have been multiplied far beyond their face value. They have produced more than if we had had the big bucks!

--Month after month I watch in amazement as fellow servants engaged in all-out service to the King have their needs provided for by the Lord with $ amounts that normally would cover a week's expenses, and yet, somehow, the money stretches to cover the entire month.

--A few years back, instead of selling a large quantity of discipleship materials, we freely gave them away, even allowing the receiver to put their own name and logos on our materials. Our team worked without remuneration over many weeks to disciple and train using "their" materials. I would roughly guess we "lost" about $3000 that we might have legitimately charged for our time and material. However, since then, we have received back from the Lord in goods and services at least three times this amount. Had we had $3000 it would not have come close to providing what we have received to date!

--I have seen countless times in house church gatherings where there was food in the pot for maybe 7-10 people, yet 20 ate their fill with leftovers to take home.

--I will never forget at a baptism celebration watching a 2-liter soda shared amongst believers stretching for an entire church of 20+ adults and children to all have a cool drink.

--A $1500 evangelism investment several years back has been used to touch the lives of over 3-million people in Guayaquil ($0.0005 per evangelistic contact!)

--Over the years, we have received modest monetary gifts for the ministry that bore ten-fold fruit in relation to the amounts given. Another way of saying this is that $2000 would not have accomplished what the $200 gift was able to do.

I have this gut feeling that God somehow "tags" each gift we give Him. Some gifts God rates as acceptable 5-star offerings. Others are "no-star" donations (remember Cain and Able?) The Kingdom impact of each offering depends upon the giver's heart, intent, sacrificial cost relative to the one giving, and the specific need for which the gift is intended.

The "tag" God assigns stays with the money. Even though it might be combined with thousands of other donated dollars, God makes sure that the 5-star gift directly finds its way to bless and impact far beyond the normal face value. The no-star monies are all those reluctantly given, mechanical tithing, or giving with questionable motives. These are all the funds that don't bless. They are part of that huge waste of money that gets spent in Christ's Name, but has little to do with true Kingdom priorities. As in Jesus day (see Mark 12 above), the 1-star gifts represent the vast majority of tithes, gifts, and offerings given to God. But these bear little to no lasting Kingdom spiritual fruit.

You might ask me for chapter and verse about the previous paragraphs, but I'll let someone smarter find the needed proof texts to cover my statements! (Smile) All I can say is how often I have seen this played out in real life.

Remodeling and upgrading the church office will probably cost dollar for dollar what it would cost anywhere else in town. But, say I have only $50 for Bibles for new believers when $500 is what is needed in order for there to be one Bible per family. $50 Kingdom Dollars is enough to buy $500 of the needed Bibles. Believe me!

To conclude, I am sure many can find plenty of gaping theological holes in what I have written. Yet, what I share seems to be more the norm than the exception. Kingdom math is simply different than earth math! What do you think? What has been your own personal experience with Kingdom finances and Kingdom math?
Posted by: J. Guy Muse at 6:52 PM

It is contrary to the way we were tought how to handle money affairs. But I agree with you! Thanks for sharing.

Several years back I was at an orphanage in Mexico right around the time school was to begin in the fall. There were about 100 children in the cafeteria sitting in their seats. On a small table at the front of the room were school supplies, enough for only 30-40 students. Martha, the founder of the home, called the students two by two to walk up and pick out their supplies.

I remember thinking, "Oh this is sad. Half of the kids are going to wind up with nothing."

But to my pure amazement, there were plenty of supplies to go around. She just kept calling them two by two, they kept coming, yet the supplies never seemed to dwindle away! Every child walked out of that room proudly holding their new supplies!

Gabe: Your Mexico illustration is one more that could be added to the list. I have seen this kind of thing happen so many times.

And so shall God provide for His people in the day of darkness immediately prior to His return: those who aren't called to martyrdom shall do exploits. 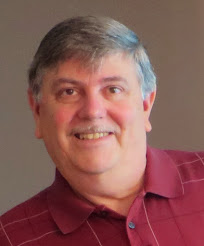