Last night I attended what I guess was my first street church. It was at Cesar and Gloria's house, two people we have grown to love and appreciate over the past year of working with them and Byron. The only problem was that their house is tiny and no way for the 30+ people to all fit inside--hence they meet out on the sidewalk. All on the edge of a busy 4-lane city street!

When we arrived at 5:30 they were just setting up plastic chairs on the sidewalk. Cars, buses and people were rushing by. The noise level was incredibly high and distracting. I kept wondering how do they have "church" in this kind of environment? Well that is their environment, their world. They live in a constant state of noise and have learned to live their lives without becoming distracted by what is, to me, a high noise level.

Once I began to get over the noise I was introduced to a new believer, Jessenia, who was just baptized a week ago. While waiting for things to get started, I asked her to share with me how she came to know the Lord. With a big smile on her face she related to me that she had had a dream where a beautiful Jesus was calling out to her and saying "come to me..." She awoke and gave her heart to Jesus overwhelmed by the love she had sensed in her dream. I have long ago stopped trying to figure out the mysteries of God's dealings with a world He loves so much. It seems He refuses to fit inside all the little boxes I want to put Him in!

By then a sufficient number of youth had gathered to be able to start. Right as we were cranking up, a gang of 7-8 rough-looking youth walked through the middle of our meeting. The hairs on my head stood up thinking we would certainly be held up, but they apparently had better things to do than hold up a church meeting. Thankfully, they moved on without incidence.

Two large speakers were set up in a window and loud music began to pour out of them. This is what we sang along with. Believe me, we were louder than the street noise! With the music cranked up and our "off key" singing, it was enough to attract the attention of several bystanders hanging around. Talk about a seeker-sensitive service--this defines the term!

Next in the "order of worship" was a choreographed dance by four of the youth to some loud rap music. (I honestly never understood a word so don't know if it was Christian rap or secular rap, but it certainly got the attention of all the folks passing by on the street!

By then several more youth had arrived, one of them a friend who has recently given birth to their first child. She was a precious baby and church stopped for a few minutes while we sat around and chatted and everyone went on and on about the baby. I was asked for advise on what name they should give the baby saying they had pretty much decided on Naomi but wanted a second Biblical name as well (that's what we missionaries do--help people figure out good Biblical names for their kids!)

Next was a drama about two youth; one who hears God's call on his life and the other who doesn't. Both youth get murdered in the drama, but one goes to Heaven and the other to Hell. They were quite graphic about the horrors of the poor guy that got sent to hell. I have to admit the play was quite effective. It was also accompanied by loud rap music that told the story of the two murdered youth.

One would expect a Bible study or something vaguely "spiritual" after all that the had preceeded. Instead we played three silly games. People were laughing so hard and even the bystanders were getting in on the games and enjoying the fun. I couldn't help but think to myself, shouldn't church always be this fun? I bet Jesus was having as much fun in church as we were!

After the games there was a bit of disorder and confusion as people had to go to the bathroom, get drinks of water, nurse baby Naomi, etc. but Byron soon got us back on track by handing out to everyone present a xerox copy of "how to give your testimony." I was amused that even the bystanders were given copies and encouraged to participate in this as well. Byron explained from Acts 1:8 that we are to be WITNESSES in our Jerusalem, Judea, Samaria, and uttermost parts of the earth. He took about ten minutes to work us through the study. Not a person stirred the entire time, they were totally concentrated on "getting it right." After explanations of how to give your testimony, Byron assigned everyone a partner to practice with.

The Lord moved mightily amongst us and there were many people shedding tears at recalling the life they had been saved from. The street noise was louder than ever but there was a holy hush amongst the Body of believers gathered under the stars. The brother next to me broke the "hush" by reporting that he had just led Jorge to the Lord with his testimony. Cheering, clapping and whistling ensued as everyone congratulated their new brother in Christ!

Byron asked if anyone else had received Christ. Ramon raised his hand and said he wasn't yet ready to do so but that he had many problems and would we pray for him? From there we went into a time of praise singing (finally some "real church" going on! :-) After singing and heart-felt worship, they had a noisy-chaotic time of announcements and took up the evenings offering. I was given $20 that the church had been saving up for several weeks to give to an Ecuadorian single missionary sister serving in India.

Church finally broke up after more than two and one-half hours, but not before everyone enjoyed a refreshing glass of soft-drink. Most people continued to hang around and visit, but I went on home.

There is so much about last night that I could comment on. I think what impacted me the most was that what was done was so authentic. It was real. Genuine. Nobody putting on a show, but just being their real selves before a God that they love in the only envirmonment that have ever known. Several times during the evening I thought about Jesus words in John 4 where he says, "the true worshippers will worship the Father in spirit and truth." What I saw last night in this "street church" was this very thing.

P.S. Today is October 9, Guayaquil Independence Day! Read all about it at my wife's blog here. This is really an interesting read. Check it out!
Posted by: J. Guy Muse at 11:42 AM

Guy;
I stumbled across your blog some time ago, and it is one I truly enjoy catching up on. I don't always agree with everything, but that is not saying you are wrong, just on a different path. We both are serving the same God for sure.

I have been to Quito, and would not mind going back to be a oart of a 'real' church service there or in Guayaquil.

Thanks for always sharing your heart.

By the way, we are studying the book of John Sunday mornings in our worship service, and yesterday we started chapter 4. Coincidence?

Bro that is what it is all about! Very Very Cool! Praise the King! You must have done something right!

In a word, Phenomenal. Go God. This morning in Kona we had our regular Monday morning worship service and were so moved by the Spirit. We talked about Zephaniah 3:17 and how God is just partying...mirthful...whirling in joy... about you and me. Amazing. I could see our dog, Liberty, a toy poodle, who everytime we first see her spins in joy at our returning home. It sounds like you truly had "church."

This is awesome! I love to hear how God works, especially in other cultures.

Thanks for another awesome post about what the Lord is doing in Guayaquil. We appreciate so much the updates and pray that God will continue to bless the ministry there. I frequently share these kind of "missionary moments" with our Wednesday evening prayer meeting and Bible study crowd and they really enjoy them as well.

BILL--My wife doesn't always agree with everything I write, so it doesn't surprise me that others don't either! Glad you stopped by.

DARRELL, BRYAN, GORDON, GARY--Thanks for the words of encouragement and for sharing. Gary, glad some of the material works for your "missionary moments", you might call the segment "Moments with the Muses", has a ring to it, don't you think?

The below video entitled "Building a Foundation On Prayer" can be downloaded from the IMB site here. This 03:22 video clip has generated us a lot of prayer and offer it as another means to stimulate prayer for overseas missions. Thanks.

I shared your story with Mario, a brother who returned to the traditional church today. He was encouraged. He said that he felt that there was a large return to Christ among the Paraguayans. 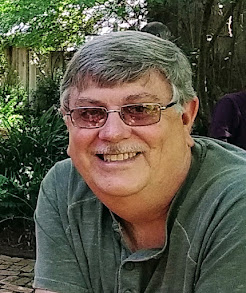 J. Guy Muse
I grew up as an MK in Ecuador. For the past 35 years, my wife Linda and I served as missionaries to the country of Ecuador. Our vision is to see every believer making disciples, every house a potential church, and every church fully engaged in the Great Commission. We currently live in Texas and serve the Lord through the non-profit "Mobilizing Anywhere2Everywhere" (ma2e.org).