*Victor Choudhrie's 21 steps might sound like something coming from some fringe extremists. But when you realize that from Pentecost 2009 to Pentecost 2010 we are talking about ministry resulting in over one million people baptized and tens of thousands of house churches planted, these guys have my attention. What other ministry anywhere in the world even comes close to a tenth of what these Jesus radicals are experiencing today in India?


MEGA CHURCH TO META (Beyond) CHURCH
--21 Steps to transit from being a barren church to a millionaire of souls--
(Part 1 of 2)
by Victor Choudhrie, 2010
1. Rewrite the job description of professional clergy from a pulpit orator, sacrament dispenser and tithe gatherer to a shepherd who feeds his flock to be healthy and reproducing by encouraging them to practice priesthood of all believers with authority to baptize, break bread and equip fishers of men. He must model a flat church structure where brothers and sisters submit to one another, pray one for another, serve one another, exhort, forgive and love each other. John 13:34, 35; Matt.18:21-22; Eph. 5:21

3. Phase out programmed Sunday ‘services’ while implementing informal, small gatherings. The Bride of Christ must have intimacy with her Lord every day, not only for a couple of hours a week, lest she become unfaithful. However, discourage cross-gender disciple-making, lest chemistry foul things up. Acts 2:46-47; Hebrew 3:13

4. Replace Mosaic tithing with Christian sharing, thereby harnessing the enormous, financial resources, hospitality and goodwill available in Christian homes. Believe that God is going to work a work among the nations through you which will leave you utterly amazed, and also provide resources for it. Deut. 8:17-18; Acts 5:32-34; Hab. 1:5

5. Dispense with wafer-and-sip Holy Communion services, and promote breaking of bread with simple Agape meals (love feasts) from house to house that believers take together with glad hearts, so the Lord can add to His numbers daily. Acts 2:46,47; 1 Cor.11:20-23

6. Replace professional music with believers speaking to each other in psalms and spiritual songs, making melody in their hearts to the Lord. OT worship required the sacrifice of four-footed beasts, the NT celebrates by offering two legged Gentiles as a living sacrifice. The meta church is a discipling hub and not a singing club. Eph 5:19; Col 3:16; Rom. 15:16

7. Shift from spectator-oriented church to ‘metastasizing’ interactive, participatory, prophetic church. Empower men, women and youth, to get the dragon off the driver’s seat. We, the seed of Abraham are blessed, “with multiplying I will multiply you and your seed will possess the gates of the enemy”.
1 Cor.14:26-31; Acts 13:13;18:4; Gen. 22:17,18

8. For powerful synergy, metamorphose mega churches into city, regional and national, networks of ‘meta’ (beyond) churches. Instead of bringing everyone under one roof, have them gather under thousand roofs, just like the mega church at Jerusalem planted meta churches across Judea, Samaria, Antioch, Corinth, Rome and beyond (meta) that grew in faith and in numbers (both quality and quantity) daily. Romans 16:3-15; Acts 1:8; 16:5

9. Infect barren Bride with the multiplication virus. A healthy mature female (Bride) implies that she is ready to have babies. Rebecca the Bride of Isaac was blessed by her family to have millions of children. The time has come for the Bride of Christ to stretch her tent to the left and to the right and to the north and to the south and produce millions of meta churches and fill the earth. Gen. 24:60; Isa. 54:1-5; Acts 1: 8

10. Know your identity in Christ: you are a royal-priest; made so by the blood of the Lamb. Dismantle ‘Reverend’ culture that divides clergy from layman. Like Melchizedek, the royal-priest of Salem (city of peace), who served bread and wine, took tithe and blessed Abraham, bring godly governance to your city. Catch the vision of cloning royal-priests for every city and run with it. 1Pet.2:9; Rev.5:10; Hab.2:1-3; Isa. 9:6-7; Gen. 14:18

------------------
*Victor Choudhrie is a cancer surgeon by profession. He is a Senior Fellow of the American and British Colleges of Surgeons. He left his position as Director and CEO of the Christian Medical college, Ludhiana, Punjab, India, in 1992, to take up a full-time Church planting ministry in central India. His wife, Bindu, is also in a full-time church planting ministry, equipping women to be house-church leaders and trainers. They now have disciples making disciples in some forty countries. Theirs is presently amongst the fastest growing movements deploying volunteers with no paid workers in the field. God has blessed this ministry abundantly. In the year from Pentecost 2009 to Pentecost 2010, over one million underwent a ‘holy dip’ through their ministry partners. Large numbers of grassroots level leaders have been trained, who, subsequently, have planted tens of thousands of house churches across India and abroad.

Books written by Victor Choudhrie include: The Ekklesia, the Church in your House; The Apostolic Gardens; The Prayer Warrior; Teaching Cards and From Mega Church to Meta (Beyond) Church soon to be published. Electronic copies are available on payment of US $10 via PayPal: vchoudhrie@gmail.com
Posted by: J. Guy Muse at 5:28 PM

Learn about what the priesthood is and how to function in it here. http://www.s8wministries.org/course.php?id=11 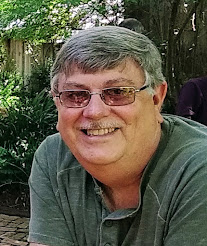